When you’re building and designing a pergola, it’s easy to get lost in the nomenclature of certain layers, which can cause costly mistakes.  That’s why, whenever we work with a new customer, we like to address the names of each layer as a means of making sure we’re on the same page. 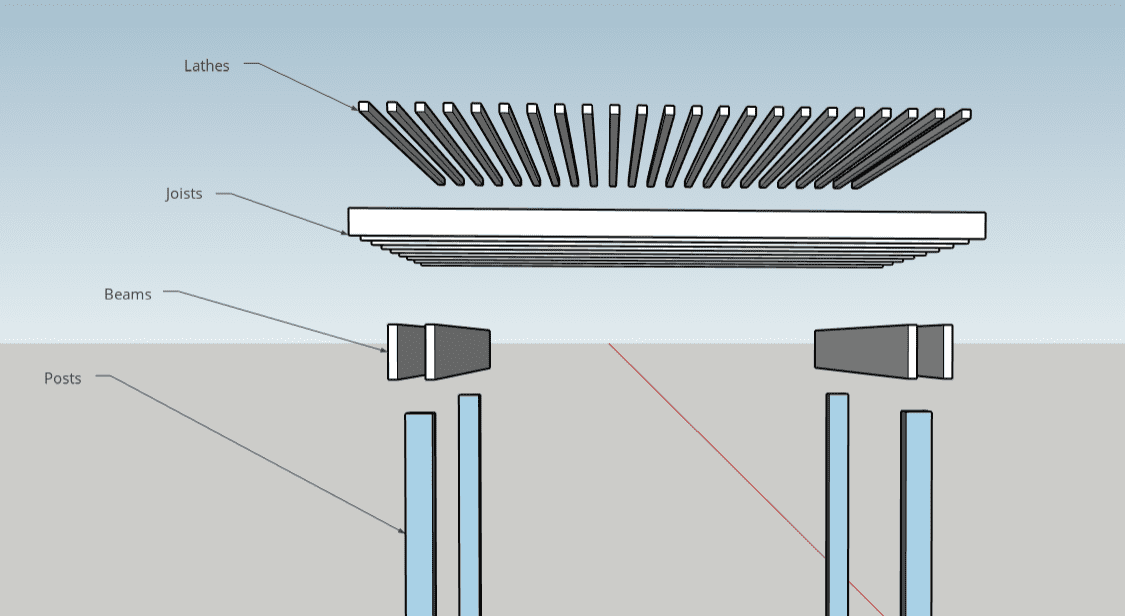 The Posts (typically 6×6 or 8×8) sit upright, and support the beams.  The size of the beams is usually an aesthetic choice, making it up to the customer.  A general rule of thumb is to ensure that the post is smaller in width than the beams.

The Beams (Typically 2×12 or 2×10’s) are attached to the face of the posts, and will sit below the joists.  The beam length is determined by the span between the inside of the posts.

The Joists (2×6 or 2×8) sit atop the beams, under the lathes.  The joists are designed to catch the brunt of the sunlight, especially during the early and late hours of the day.  Most people will space these a minimum of 16 inches on center, which helps keep the lathes straight.

The Lathes (2×2 or 2×4) sit on the very top of the structure, at a spacing of 4 or six inches on center.  The Lathes create most of the shade in the middle of the day. 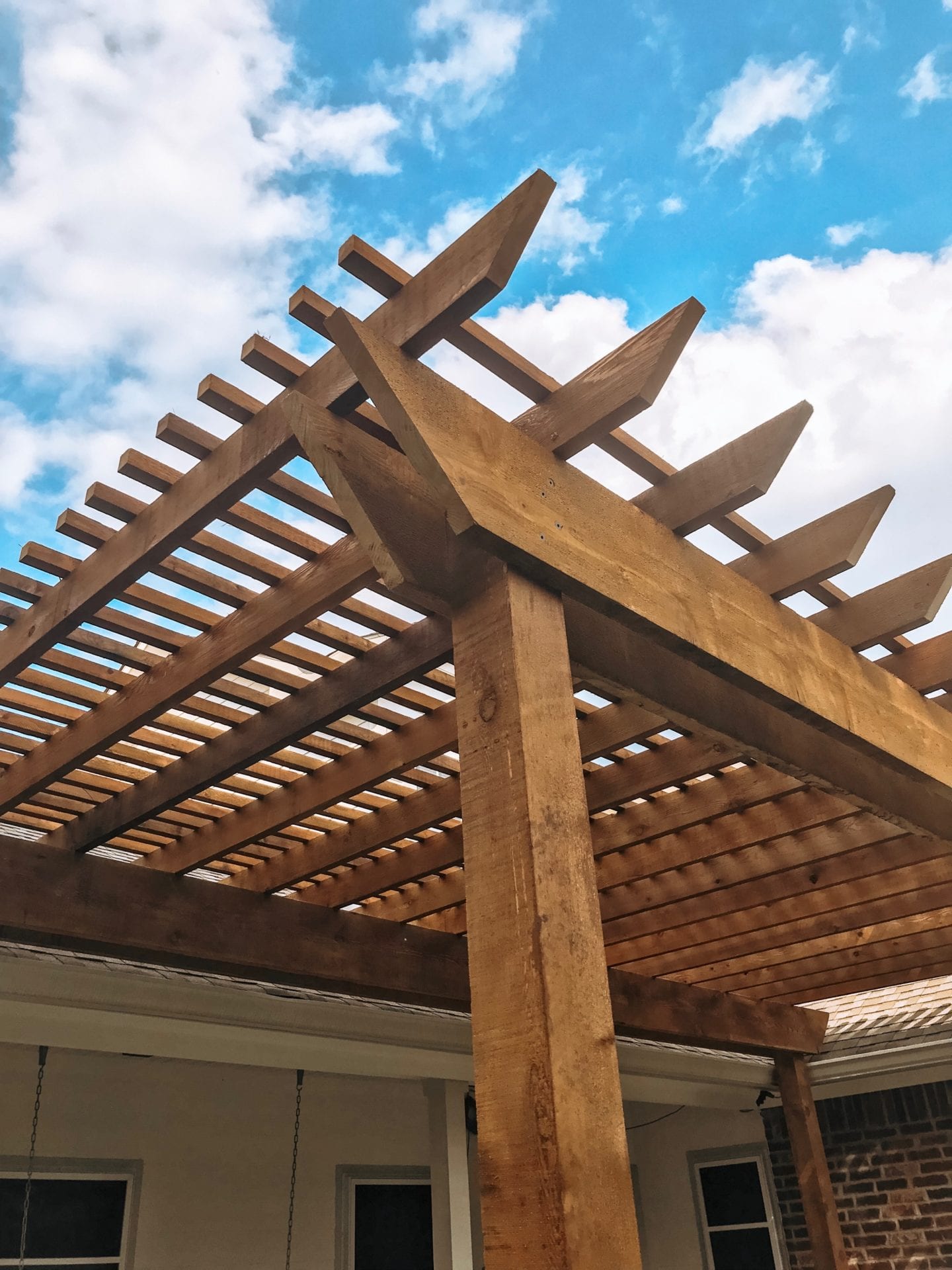 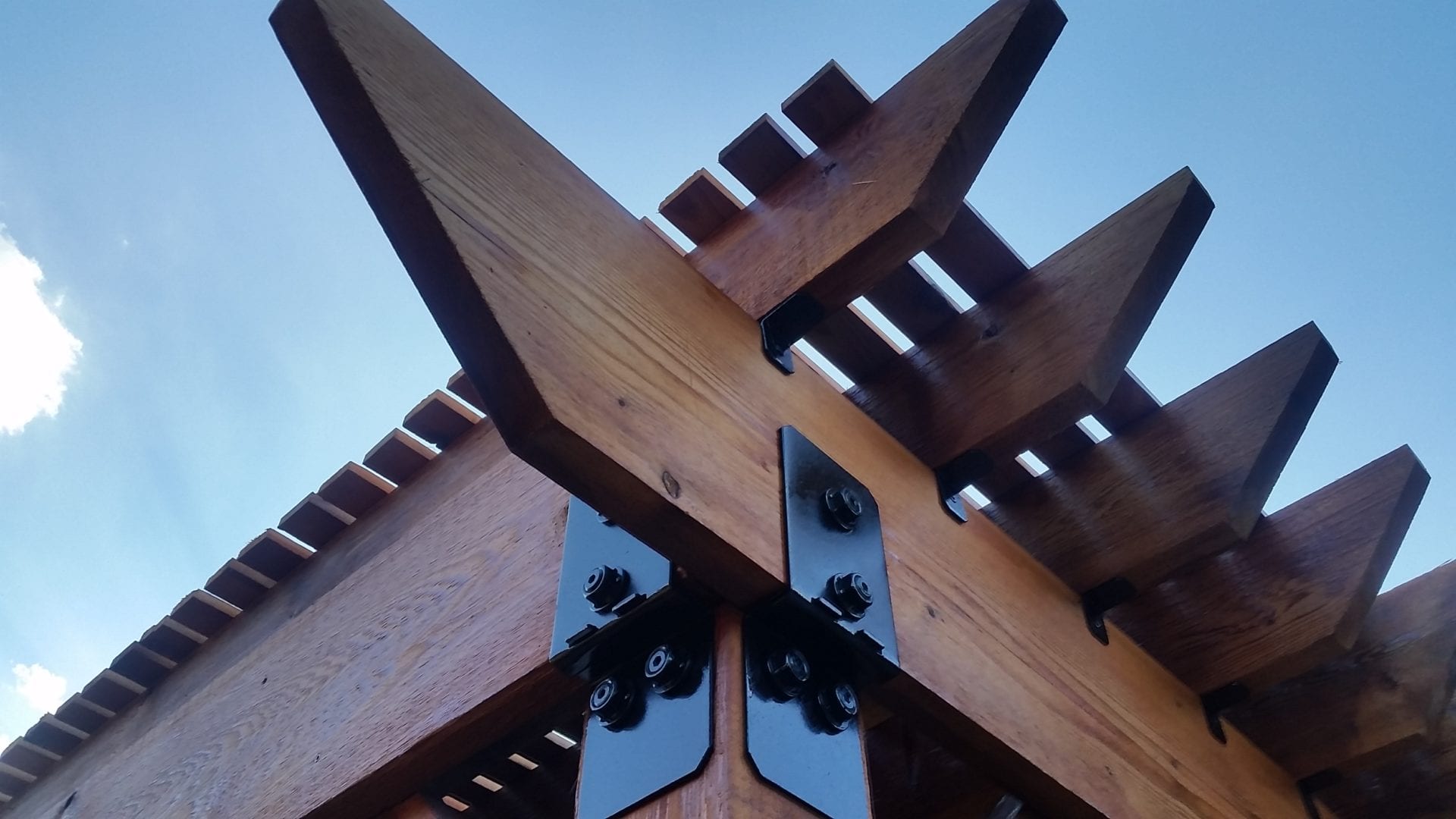 Got more questions? Duke or Scott would be happy to delve into the details with you.  Give us a call at 254 772 5243 and we’ll get you started on your next project!